There are many attributed quotes by Albert Einstein. When you consider his prolific output of commentary, particularly on humanity's future in the atomic age, it is not surprising that there will be some variations and contemporary reinterpretations. One important quote in particular keeps appearing in so many different forms it has become hard to isolate its source. It's five main variations often read something like:

When I quote someone I like to know (if possible) the context for the quote and its source. I went looking for an authoritative reference for this quote: to the internet, leading reference works, bibliographies of materials, collected archives and professional librarians. The general consensus is that, having such wide variations usually means a quote is attributed and has no actual source. I did find this though.

In the interview by Michael Amrine titled, 'The Real Problem is in the Hearts of Men' (New York Times Magazine - June 23 1946) Einstein says: 'Many persons have inquired concerning a recent message of mine that "a new type of thinking is essential if mankind is to survive and move to higher levels".' (p.7) 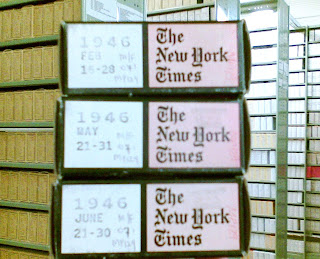 The source of that recent message is quoted in an article that appeared the month before titled 'Atomic Education Urged by Einstein' where the mircofiche archive copy of the article reports on an appeal by telegram to 'several hundred prominent Americans' on 24 May 1946 in a 'Plea for $200,000 to promote new type of essential thinking'. The telegram was signed by the Emergency Committee of Atomic Scientists with Albert Einstein as Chairman and the Federation of American Scientists. The text of that telegram is quoted in part and reads:

'Our world faces a crisis as yet unperceived by those possessing power to make great decisions for good or evil. The unleashed power of the atom has changed everything save our modes of thinking and we thus drift toward unparalleled catastrophe. We scientists who released this immense power have an overwhelming responsibility in this world life-and-death struggle to harness the atom for the benefit of mankind and not for humanity's destruction. We need two hundred thousand dollars at once for a nation-wide campaign to let people know that a new type of thinking is essential if mankind is to survive and move toward higher levels. This appeal is sent to you only after long consideration of the immense crisis we face. ... We ask your help at this fateful moment as a sign that we scientists do not stand alone.' (Source: New York Times - May 25 1946, p.13 - 'Atomic Education Urged by Einstein')

The question to ask ourselves is when did the call for 'a new type of thinking' to enable the move to higher levels, become reinterpreted into the need instead for 'a new level' in the same problem-based thinking - and what does this pattern of abstraction say about our desire to escape from our problems?

In chasing down the quote it was interesting going through the full copy of the paper of the day. Issues of global threat, scarcity of resources, neo-nationalism, absence of political confidence and concerns for the future. The themes are still familiar now. The context of this particular request was very different. A global threat was immanent. Other quotes of the time reflect this:

"Past thinking and methods did not prevent world wars. Future thinking must prevent wars."~"The old type of thinking can raise a thousand objections of "realism" against this simplicity. But such thought ignores the psychological realities."~"We must realize we cannot simultaneously plan for war and peace."~"These and a hundred other questions concerning the desirable evolution of the world seem to be getting very little attention."

As an author I realize that my words will always be taken out of context, quotes will be made selectively and intentions expressed will be changed to reflect the intention of the reader, finding support or opposition in those words for a different purpose.

Yet, I suppose the grace in our ever changing sociological face, is the source of those words will always remain, ... for those who care to look. 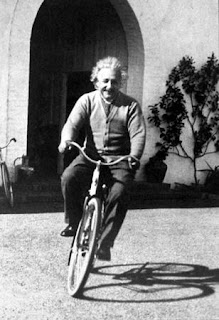